When it comes to professional penetration testing, Kali Linux is one of the Linux distributions that you cannot scoff at.

It is one of the best ethical hacking tools that are very adapted for advanced penetration testing and security auditing.

In this article we are going to look at the best Kali Linux courses and tutorials for mastering how to use the several tools that Kali comes with for penetration testing, security research, computer forensics and reverse engineering.

Even if you are a complete beginner to cyber security, you’ll learn how to launch your first penetration test using Kali and Metasploit Lab just by following along with the course instructor.

You’ll be ready for a Linux system administrator job after finishing these courses.

Here are the best Kali Linux courses on Udemy to get you started.

Below, I have written a brief summary of what each of these Kali Linux for ethical hacking tutorials is about, what you’ll learn at the end of each course and who the course is best suited for.

The goal of this Kali Linux course is to help you learn the basic fundamentals of hacking and to give you an introduction to becoming an ethical hacker.

This Kali Linux tutorial targets students who have little or no experience in hacking or penetration testing.

By taking this course you’ll not only learn the theory behind hacking but you will also learn the practical side of ethical hacking.

Through these Kali Linux tutorials you’ll learn how to set up your own virtual lab environment just like the one used in this course.

If you follow the steps you’ll see in the lectures you’ll be able to replicate them in your own lab in environment.

This is one of the best Kali Linux tutorials for you if you are interested in Kali Linux hacking or in ethical hacking.

Do you want to learn hacking with Kali Linux but you do not know where to start?

If yes, then this is the best Kali Linux course for you.

In Kali Linux tutorial for beginners, you will start from scratch by building up your knowledge on how to use Kali Linux.

Before you know it you will be fluent with the basic tools and commands not just in Kali, but in most Linux systems.

By the end of this Kali Linux tutorial for beginners you will have the skills to use common Linux commands, as well as create shell and backdoors.

This course is also great for you if you have no prior experience with Linux and would like to learn how to use Kali Linux.

In this Wi-Fi hacking with Kali course you will learn how to hack and protect various Wi-Fi security system like WEP,WPA and WPA2.

Throug this Kali Linux online tutorial you will see history of Wi-Fi, it’s vulnerability as well as be able to set up an environment for penetration testing.

It is one of the best Kali Linux courses that will teach you the 4 different ways to install and use Kali Linux in details.

At the end of this course you also have learnt hacking router admin panel with hydra, hacking Wifi password with keylogger, changing MAC address and much more…

This Kali Linux course is best suited for those who are interested in pursuing a career in security.

At the beginning of this Kali tutorial you will get a breakdown of the world of ethical hacking.

If you ever wondered what ethical hacking is or what an ethical hacker does, this is for you.

Next in this Kali Linux course, you will go into Kali Linux which is the ethical hacker’s OS for all things hacking. You will learn how to install Kali using VMWare.

Along this course you’ll also get to learn some of the important configuration settings and top tools in Kali.

You will then end the this Kali tutorial with a demo on how to crack Wi-Fi passwords on a WEP network.

This Kali Linux penetration testing tutorial will immerse you into an interactive environment where they will learn how to scan, test, hack and secure your own systems.

Through the lab intensive environment, you will get an in-depth knowledge and practical experience with the current essential security systems.

At the end of these intensive Kali Linux classes you will have hands on experience in Ethical Hacking and Security in Offensive Way .

This course is best suited for you if you want to learn about hacking operating systems.

In this course, you will start as a beginner without any previous knowledge about hacking, while focusing on the practical side and the theoretical side.

This Kali Linux tutorial in 2021 will teach you how to set up your Kali Linux Environment properly without any issues.

You will then learn how devices communicate with each other, the theory behind cracking WEP and WPA2 encryption and how to perform a sophisticated attacks against any client in a network.

To finish these Kali Linux lessons, you’ll look into how to protect yourself, your accounts and your WiFi Access Point from these attacks.

Through the duration of this Kali Linux course, you’ll be focusing on the most prevalent web application vulnerabilities and how to exploit them.

The beginning of this Kali tutorial will consist of downloading, installing, and configuring the components necessary for comprehensive hands-on web application penetration testing.

You’ll be getting hands-on exposure to industry standard tools such as Burpsuite, Nmap, Nikto and Sqlmap in this Kali Linux pentesting course.

With an ever-changing online environment, security is a constantly growing concern.

It’s hard for web developers to keep up with new and emerging techniques that attackers may use to hack into a site.

In such a scenario, Kali Linux emerges as a powerful package to penetration test your website or application.

This is one of the best Kali Linux tutorials online that will start by looking at injection techniques such as SQL injection along with SQLMap.

By taking this course you’ll learn what XSS injection is and how to use XSSER against it.

You’ll then move onto local and remote file inclusions and ways to counteract them in this Kali tutorial online.

Along this course you’ll also learn other cyber invasions such as Remote Command Execution and Cross Site Request Forgery.

Kali Linux is the latest Linux distribution from Offensive Security, custom-built for the distinct purposes of performing network security audits and forensic investigations.

It comes fully loaded with hundreds of integrated tools to perform every aspect of a penetration test.

This Kali Linux tutorial in 2021 will help you to develop practical and useful professional skills in the information security industry.

Cyber-crime is on the rise and information security is becoming more paramount than ever before.

A single attack on a company’s network infrastructure can often result in irreparable damage to a company’s assets and/or reputation.

This is one of the best Kali Linux courses that will ensure that you are well versed with the skills & tools needed to compromise the security of enterprise networks and information systems.

Kali Linux has some of the most popular forensics tools available to conduct formal forensics and investigations and perform professional-level forensics.

This is the best Kali Linux digital forensics course that teaches you all about the forensic analysis of computers and mobile devices that leverage the Kali Linux distribution.

You’ll learn about acquisition, extraction, analysis, and presentation, using the rich set of open source tools that Kali Linux provides for each activity.

Along this Kali Linux digital forensics tutorial, you’ll also learn how to use dc3dd tools to acquire images from the media to be analyzed.

Finally, you will demonstrate how to report and present digital evidence found during the analysis.

By the end of this online Kali Linux course, you will be able to extract and recover data, analyze the acquired data, and report and present digital evidence from a device.

Kali Linux is one of the best open-source security packages of an ethical hacker from Offensive Security, containing a set of tools divided by categories.

This Linux distribution can be installed in a machine as an Operating System, which is discussed in these best Kali Linux tutorials online in 2021.

Installing Kali Linux is a practical option as it provides more options to work and combine the respective hacking tools.

Have you taken any of these best Kali Linux courses on Udemy before? 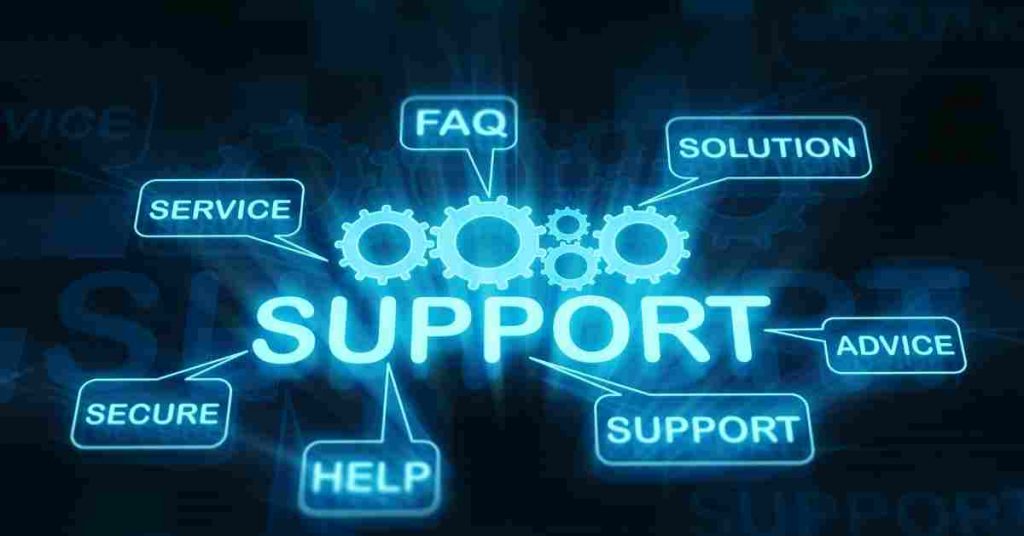 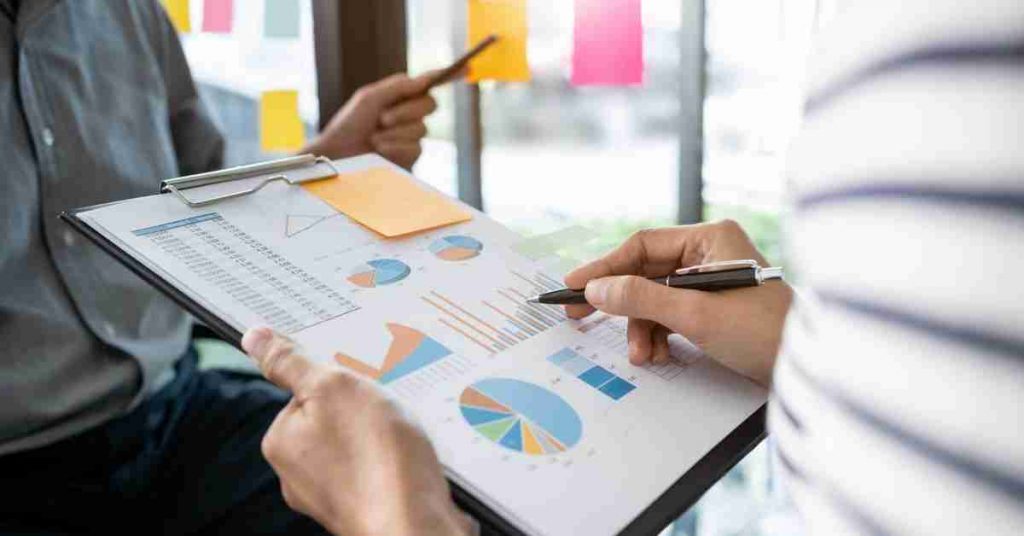