Have you had to make a choice between React Native vs Swift for iOS development?

Both React Native and Swift are two very popular tools when in comes to iOS app development in 2021.

Swift is mostly common among iOS developers. So, how do you know which one, between React Native and Swift, is the best for delivering a high performance iOS app with a great look and feel?

Well, in this article we are going to compare Swift with React Native.

I hope that by the end of this article you’ll be able to decide which framework or language is the best when it comes to building an iOS application.

While React Native is a cross platform app development framework, this Swift vs React Native comparison will stick to its use for iOS.

Find a React Native vs Xamarin developer productivity comparison in this other post.

At the end of this comparison I will also tell which one between React Native or Swift I think is the best for iOS development. So stay tuned.

Before we dive right in, let’s first start by defining what Swift and React Native are.

React Native, a JavaScript framework developed by Facebook, is used for building cross platform mobile applications for both iOS and Android platforms.

Even though it is based on the JavaScript language, it focuses on delivering native UI interfaces by leveraging native component APIs through a JavaScript bridge.

Since its launch in 2015, it’s gained a lot of traction and love from mobile developers.

But is it the best option for developing iOS apps?

Swift is an object oriented programming language developed by Apple in 2014 to enable software development for iOS, macOS, tvOS and watchOS devices.

Since its release, it has become very popular and is now the go to language for developing native iOS apps.

It beats its predecessor, Objective C, with cleaner syntax and less code.

But how does Swift compare with a cross platform iOS development solution like React Native in 2021?

In this Swift vs React Native comparison, we are going to compare React Native with Swift in terms of performance, developer productivity, community support etc…

Along the way I’ll also highlight the pros and cons of these tools.

In this case we are going to look at the technologies or skills you need to have to develop an iOS app for either Swift or React Native.

React Native, being a JavaScript framework, depends on the JavaScript language.

This means in order to developer an iOS app in RN you must have at least an intermediate understanding of JavaScript or the Reactjs library.

Swift is a general purpose programming that is native to the iOS platform.

In order to developer an iOS app, therefore, you must have at least a basic understanding of the Swift programming language.

From this perspective both Swift and React Native do not offer much flexibility in terms of the technology stack.

How about app performance?

Which one between Swift vs React Native will deliver a high performance app?

In order to compare React Native vs Swift performance, let’s look at how each platform works while running your app code.

React Native, even though is able to deliver a native UI look and feel, only achieves this through a JS bridge that leverages native component APIs to deliver native functionality.

This middleman in between means that code execution is slowed down to a little extent.

It is also sometimes lacking in stable libraries for implementing certain intricate functionalities that are native to the iOS device.

Swift, on the other hand, is a native language that interacts directly with any native iOS component without the need of a middle man.

First, this means you can implement any feature you want in iOS using Swift.

According to performance benchmarks that have been done, though, there is no significant performance differences between React Native and Swift for small apps.

However, when running a computational heavy or graphic intensive app, the Swift app did beat RN in performance hands down!

You need to understand what you’ll need to set up before you can actually start coding.

Do you need special software?

Will you be required to buy a new gadget or device?

React Native development can be done in any IDE or text editor of your choice.

Besides, the fact that you can also develop from either a Windows or Mac, means you can get started developing your iOS today with whatever machine you already have.

Swift on the other hand does not offer you this luxury.

Because Swift code only runs on a Mac, you must have an Apple laptop or desktop to be able to run and compile this code. 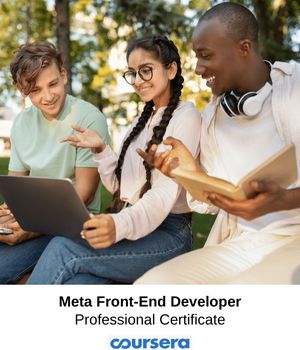 This is because Xcode, the only IDE for developing in Swift, can only work on a Mac.

So, when comparing React Native to Swift in terms of setting up a development environment, RN will offer you much for flexibility.

You might have to buy a Mac computer and iPhone to develop & test you app.

From this perspective, developing for Swift is more expensive if you don’t already have a Mac computer, if you do have it already then both tools square it out here.

When comparing developer productivity between React Native and Swift, I look at it in two perspectives…

How long does it take me to learn either technology?

What special features does either technology have to make my coding easier?

React Native, like we already saw, is based on the JavaScript language.

So you must learn JavaScript if you want to develop your iOS app using React Native. This is besides having some knowledge of Reactjs.

For people who are new to JavaScript, learning React Native presents a very steep learning curve. So it’ll take you longer before you build something useful. 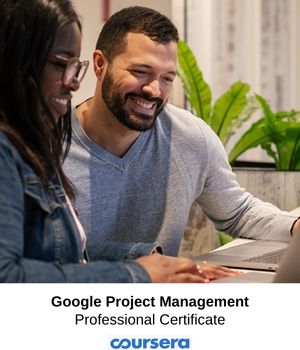 On the flip side though, React Native has a “hot reload” functionality that enables instant updates to code changes without recompiling it.

This feature alone reduces development time by up to 30%.

However, the Swift language has proved very easy for complete beginners to pick up fast.

It also comes with safe and concise syntax which means you’ll generally need to write less code to implement a feature in Swift.

But being a compiled language, compilation usually takes longer with each incremental compilation which means you’ll likely take a little longer to finish the same app in RN.

So, in terms of Swift vs React Native developer productivity, they square this out.

However, if you already have experience in JavaScript, then you’ll get productive much faster with React Native than Swift.

What does React Native and Swift have to offer in terms of user experience?

React Native, even though a cross platform framework, is able to deliver native UI for an iOS app. 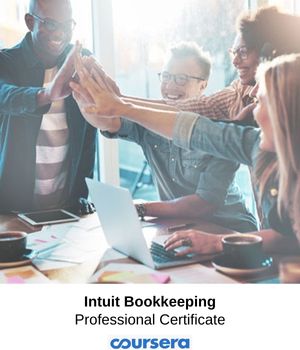 Some would go ahead to say that there really is no perceivable difference between the look and feel of an app built in React Native and a native app.

However, the question comes to how it achieves this.

Because all this is done through a middleman, a JS bridge, that leverages native APIs, it still has a lot of limitations.

The React Native UI is especially bad when building an app that does some animations.

Swift gives you the best UI because you have full access to the native iOS UI features and you can do anything you want, really!

So an app with a lot of graphic effects will run smoothly on Swift.

Also, since Swift does not need a third layer to communicate with an iOS device, you can implement any of the native features without a hassle.

But I doubt a JavaScript developer using React Native knows enough Swift to even implement this… it even beats the whole point of avoiding a native language.

If you are building an app without much graphic effects, either Swift or React Native would square on this one. 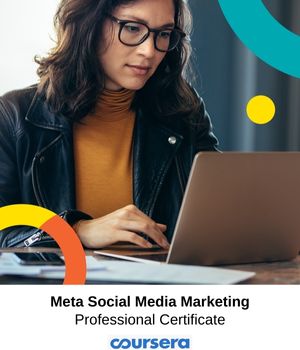 However, if you’ll need to perform animations and graphic effects in your app, then Swift delivers a better UI than React Native.

No software or tool always works perfectly as expected…

So where do you go when you are stuck or need some help?

Most popular development tools form a community around them where they get to help each other use the tool better.

We’ll not only look at the companies behind these tools, but also the activity of their users on GitHub and Stackoverflow.

This means both tools have a great community behind them. 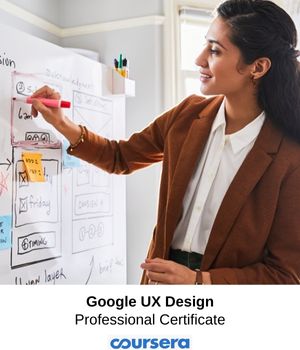 This means that the Swift users are more active compared to React Native.

You also find a lot of resources for learning Swift and React online, including these best Swift tutorials online.

Clearly, though, this means both React Native and Swift have great community support.

When comparing the popularity of Swift vs React Native…

Let’s look at which companies are actually using either of these tools in production mode for their iOS apps.

React Native is already used by many companies, particularly for their iOS apps including: Facebook, Walmart, Bloomberg, Instagram, Soundcloud & Townske.

Swift is already being used in production for iOS by companies that include: Firefox, WordPress, Designer News, Flappy, VPN On, Yep, Furni, Dunk & Charter.

Both React Native and Swift have been embraced by the big tech companies for developing their iOS apps.

This means either platform is stable and reliable. 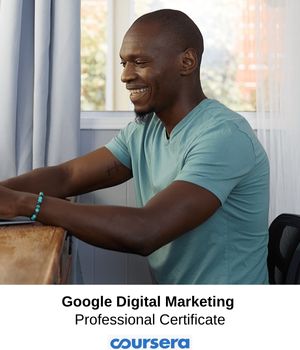 Do you feel ready to make a choice between Swift or React Native?

Each tool has its strengths and weaknesses.

However, here are 3 reasons I think you should develop your app in Swift…

The number 1 reason I would choose Swift is because of its clean syntax which makes it easier to write, read and modify the code.

So you’ll be able to write less code while reducing the development time for your iOS apps as well. 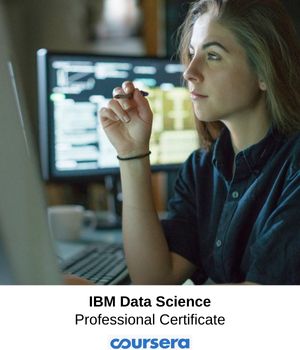 For every developer and company out there, developing a secure iOS application should always be your priority.

The syntax and construction of the Swift language eliminates certain mistakes that are common in JavaScript, and therefore RN, that might expose your iOS app.

So, if you build your app in Swift, you’ll eliminate these risks in JavaScript.

Swift has a lot of speed advantages when it comes to running your iOS app logic as compared to JavaScript.

Apart from handling heavy computations and graphic effects better, you’ll generally end up with a faster iOS app in Swift that in React Native.

In fact, some benchmarks show that Swift performance approaches that of C++.

Even though Android apps raw count outnumber iOS apps 4 times, the iPhone is still a very popular device among the developed countries.

This means each and every day more iPhone devices are being used.

In fact, the iPhone holds a majority market share in countries like the United States, Canada, UK and Australia. 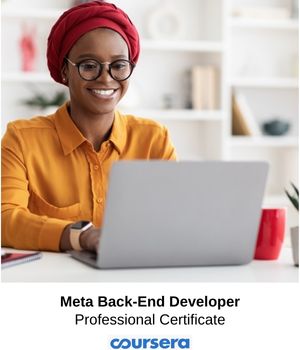 So, there will always be high demand for high performance iOS apps as this demographic is also characterized by the highest app buyers.

I hope this React Native vs Swift comparison has helped you decide which platform to choose for learning this highly in demand skill.

If you have the time, then I think the best way is to try both Swift and React Native and see which one works best for you.

Otherwise, don’t get too sucked up in this React Native vs Swift comparison…

Just pick one framework and build your first iOS app.

Have you used any of these frameworks for iOS development before? 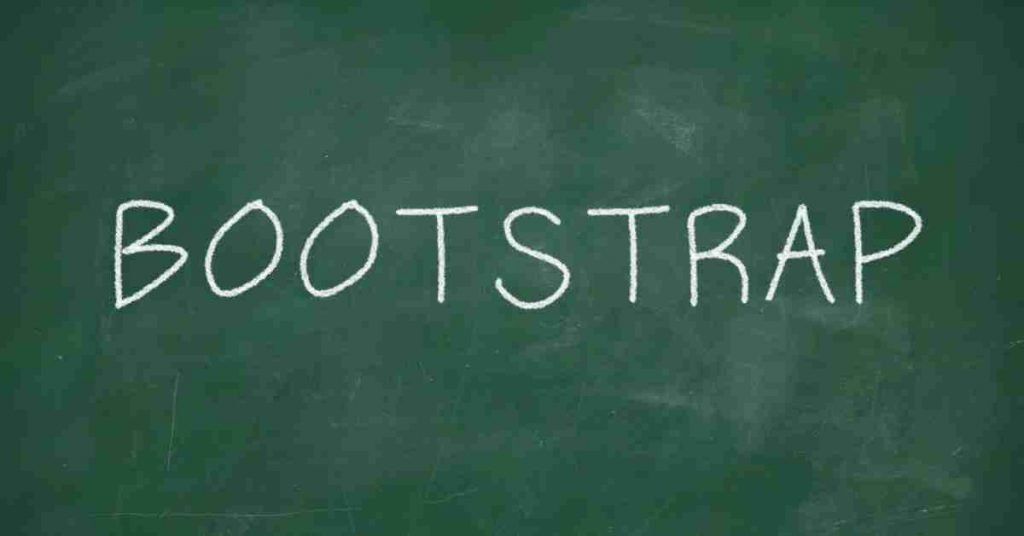