But often you see developers throw around terms like Xamarin or Xamarin Native or Xamarin Forms or Xamarin.iOS or Xamarin.Android… This might leave you a little confused.

So you might ask yourself: what’s the difference between Xamarin Native vs Xamarin Forms?

As a pro Xamarin developer, this is also a question I get very often not only from clients but also from other mobile developers.

In this article, therefore, we are going to do a Xamarin Native vs Xamarin Forms comparison.

… so that you can know which one is the best for your mobile app project.

First, to clear off the air, both Xamarin.iOS & Xamarin.Android are as often referred to as Xamarin Native.

Secondly, both are open source products from Microsoft.

I will aso finish this article by outlining 3 reasons why Xamarin Native delivers a better app than Xamarin Forms.

Because React Native and React are also often confused terms, I wrote a React Native vs ReactJS comparison here.

Xamarin Native is a cross-platform mobile app development framework that enables you to develop mobile apps with native look and feel.

It gives you access to both the iOS SDK and Android SDK through the Xamarin.iOS and Xamarin.Android native libraries.

This enables you to code native UI interfaces for either platforms using the C# programming language.

However, because of the platform specific code that you write, your final codebase is only shareable upto 75%

Xamarin Forms is a mobile app development tool that also enables you to develop mobile apps that run on both Android and iOS platforms.

Even though Xamarin Forms run on the Xamarin framework, it uses the XAML declarative language to render its UI.

XAML is renderable in both platforms, so you end up with a fully cross-platform UI.

Because of the cross-platform UI code, Xamarin Forms enable you to share upto 95% of your app code across both platforms.

Related:
Kotlin vs Java: Why Learning Java For Android Is Pointless
11 Best Ionic Framework Courses & Tutorials on Udemy in 2021

Now that we know what each of these terms mean, let’s get our hands dirty with the Xamarin Native vs Xamarin Forms comparison.

How does Xamarin Native vs Xamarin Forms performance compare.

I am going to base my performance comparison between Xamarin and Xamarin Forms on the amount of codebase to be executed at runtime.

Xamarin Native apps are built by writing code that communicates directly with both the iOS and Android SDKs.

If you want to learn Xamarin, check out my other review of the best Xamarin courses on Udemy to get you started.

This means no additional layers are required which leads to a smaller size app overall.

When there is less code to be executed, or less hoops to be jumped, an app runs faster hence better performance.

Xamarin Forms rely on an additional wrapper on top of Xamarin that abstracts all the platform specific code.

This additional layer means you end up with a bigger size app, with more code.

The more code there is to be executed the slower the app.

So, at the end of the day, a Xamarin Native app with load faster than a Xamarin Forms mobile app.

Which one between Xamarin Forms and Xamarin Native takes longer to develop in?

Xamarin Native development means that you’ll write a lot of platform specific code in your app.

Because the platform specific code in iOS and Android are not transferable, you’ll need additional time to write code for both platforms.

Besides, certain native features are implemented differently in either platforms, which  means more time to code them.

Xamarin Forms enables you to write a single UI that runs on both platforms.

Also, the fact that you don’t do any code customizations for particular platforms saves you a lot of time.

This is particularly great if you want to run a quick market viability product test or to come up with a proof of concept.

So, for prototyping your app, I’d rather you build it in Xamarin Forms.

Which one is cheaper to develop in the long run?

We’ll look at the total billable hours and the ability to find skilled developers.

So if your developer is billing you by the hours, you’ll end up paying more for a Xamarin app compared to a Xamarin Forms app.

As if that’s not enough, developing a great Xamarin Native requires a developer to have experience in native iOS & Android development because you’ll be leveraging native component APIs.

So your typical C# & .NET web developer with have a hard time with Xamarin Native.

This is why it leverages the generic Forms architecture for running the entire mobile application.

So, your typical C# & .NET developer with be able to develop your Xamarin Forms apps really well as he doesn’t need to understand native mobile app development concepts.

Because you’ll spend less time and resources to get a Xamarin Forms developer, it’s cheaper for you.

If you are on a tight budget, like most startups are, then develop in Xamarin Forms.

Are you planning to build an app with a complex UI?

Which one between Xamarin Native and Xamarin Forms will deliver a better UI?

We’ll find out in a moment.

This means you have a lot of control and ability to customize each widget to achieve your desired behavior or look and feel.

Because of this capability, you’ll be able to develop an app that not only has a native look and feel, but is capable of handling complex animations and graphic effects.

I also found out that, since certain UI widgets behave very differently between iOS and Android devices, Xamarin Native gives you that granular control you need to implement each one as you wish.

Xamarin Forms, like we already saw relies on the XAML language to render its UI.

Even though it’s a great declarative UI language for Microsoft apps, it fails at delivering a native look and feel for iOS & Android applications.

This makes it very hard to implement animations in your app.

So if you want to code an app with a lot of screen transitions and other graphic effects, Xamarin Forms is NOT the tool for you.

Also, if say your iOS app buttons and screen elements need to look exactly as those of an app built in Swift, you won’t be able to achieve that with Xamarin Forms.

When comparing Xamarin Native to Xamarin Forms UI experience, Native will always have a better UI than Xamarin Forms.

You could develop a 2D game in Xamarin Native but you can’t do that in Forms.

So if your app has complex UI features, develop in Xamarin Native.

Is there a limit to what either platform can let you do?

Xamarin Native lets you do anything you can imagine in your mobile app.

Because it gives you access to both the iOS SDK and Android SDK, you can code anything you could do in Swift/Java, except you do it in the C# programming language.

Want to develop an app with complex logic or with heavy computational needs…?

Xamarin Native has got you covered because its native libraries enable you to access device hardware acceleration functionalities that make your code faster.

Want to access certain features and functionalities that are only specific to iOS…?

Again Xamarin Native lets you do that without a hassle.

Xamarin Forms, on the other hand, has a tad more limitations on what you can do.

The abstraction layer on top of the Xamarin framework means that iOS or Android platform specific features are harder to implement.

In fact, the goal of the Xamarin Forms project is to shield you from having to learn any platform specific implementations of anything…

This also means that Xamarin Forms can ONLY abstract functionalities that are “abstractable”.

As a result, most platform specific features are left out.

So, if your mobile app has a lot of platform specific functionality implementations, then your only option is Xamarin Native.

Which one, between Xamarin Forms vs Xamarin Native, leads to a more maintainable codebase?

Related:
Android vs iOS Development: Which One Should You Learn?
11 Best Swift Courses & Tutorials for Developers on LinkedIn [2021]

Even though the app logic can be shared across platforms, you’ll end up with two separate codebases because of the platform specific code.

After taking these top rated Xamarin tutorials in 2021 you’ll be able to know exactly how much code you can share between the platforms.

So if you wanted to fix some bugs, you’ll need to write separate code for both platforms before you can update.

It also means that maintaining your apps will require more work and time.

This means you’ll end up with a single codebase for both your iOS and Android apps.

Now, a single codebase means that implementing a feature, pushing an update or simply maintaining your app is easier.

Why is that so?

Well, it’s because you only need to do it once – from a single codebase.

So, all factors remaining constant, a Xamarin Forms app is easier to maintain and update than a Xamarin Native app.

If you are building an app that will require a lot of frequent updates, then Xamarin Forms maybe what you are looking for…

That’s it with the Xamarin Native vs Xamarin Forms comparison.

Can you now decide between Xamarin Forms and Xamarin Native, which one is best for your mobile app project?

Let’s finish this comparison by looking at the 3 reasons why I find Xamarin Native a better way to develop your cross-platform app than Xamarin Forms.

Because Xamarin Native renders is UI using native components, your final app with end up with a similar look and feel as a native app.

Besides, the ability to code a native UI means you can deliver better animations and other graphic effects in your app.

Since your Xamarin Native app code has direct access to device hardware acceleration functionalities, you can build a faster app.

Also, since you have access to the native iOS & Android SDKs, you can build a high performance app by leveraging all platform specific capabilities.

Like we already saw at the beginning of this article, a Xamarin Native app has less code hence a smaller app size overall.

This is important if you don’t want your users to be discouraged by the huge size of your app before they download it from the App Store or Play Store.

Using either platform, you can deliver a stunning mobile app for both iOS and Android devices using only the C# programming language.

However, the apps you end up with are never the same.

Through this Xamarin Forms vs Xamarin Native comparison, I hope to have helped you understand what the actual differences are.

By understanding the differences you’ll be able to make a better decision on when to use Xamarin or Xamarin Forms.

… then I’d suggest you just pick one, build your app and see for yourself.

Have you developed a mobile app in either Xamarin Forms or Xamarin Native before? 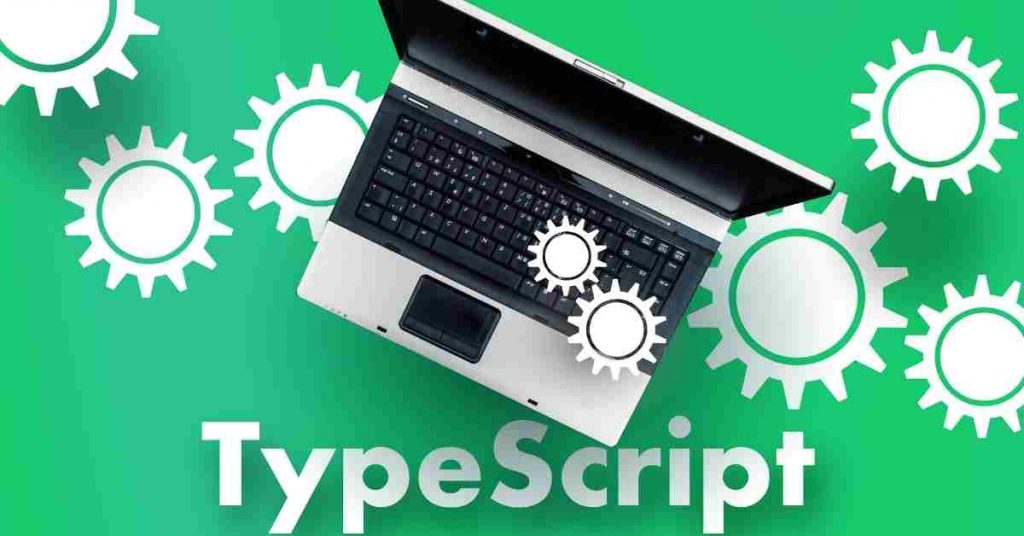