So I came across Ionic framework the other day…

I have actually known the Ionic framework, as a hybrid mobile app development tool, for 5 years now.

But I never really go to do something useful with it.

So, a few months ago, I decided it was time… time to try out Ionic framework and see what it has to offer. Even though I am a pro Xamarin developer, I am always on the lookout for other technologies out there that could do a better job.

Therefore, after building an app in Ionic, I knew it was time to do a Xamarin vs Ionic comparison.

So, in this article, we are going to compare Xamarin vs Ionic framework based on my experience with both app development platforms.

By the end of this article I hope to help you decide which framework, between Xamarin or Ionic, you should use for your app.

I will also finish this article by outlining the 3 reasons why the Ionic framework became incredibly popular fast.

If you are interested in the Flutter framework, I also wrote a Flutter vs Xamarin developer tools comparison.

Before we dive right in, though, let’s start by defining these terms.

With Xamarin, you can develop near native applications for various platforms, including iOS, Android, macOS, tvOS, watchOS and zOS.

Xamarin is free and open source and available for anyone to use.

Ionic is a front-end development framework, launched by DriftCo, that is used for cross-platform mobile app development.

It leverages prominent web technologies like HTML5, CSS & JavaScript to build hybrid applications that run on both iOS and Android platforms.

Ionic framework is free and open source, and so is available for anyone to use.

The question is: which framework is right for you?

In this Ionic vs Xamarin comparison, we are going to compare these two tools with regards to their performance, development environment, UI components etc…

How does Xamarin vs Ionic performance compare?

When comparing the performance of Xamarin with Ionic, let’s look at how fast either apps launch as well as how they deal with complex app logic.

An app built in Xamarin would have a near native look and feel.

Ionic apps take longer to load because it does not render its UI using native components.

It’s technically a web app contained within a web wrapper and then rendered on a mobile device.

This means the web wrapper has to be loaded first before the app can render.

So, Ionic apps are a tad slower compared to Xamarin apps, and can’t deliver native app look and feel because of web browser limitations.

When it comes to executing code with complex app logic, Xamarin apps outperform Ionic apps because they can access device hardware without a wrapper.

Even though Ionic uses Cordova to deliver native functionalities like camera and bluetooth access, it’s still a project in progress.

When comparing the technology stack, we’ll look at the skills you need to have to be able to develop in either platforms.

Xamarin is a framework that is built on the C# programming language.

So you must have an intermediate knowledge of C# and the .NET framework to be able to develop in Xamarin.

I also wrote a review of the best Udemy C# & Xamarin courses to get you started.

Even though you could also develop apps in Xamarin using F# , who really does that?

So you must have at least beginner skills in HTML5, CSS & JavaScript to start building an Ionic app.

However, Ionic lets you use any front-end web framework like AngularJS, VueJS etc to develop your apps.

You can just get started with any front-end framework you are already familiar with.

How do you set up a development environment in either Xamarin or Ionic?

When comparing the development environment for Xamarin and Ionic, let’s look at the time it takes to set up as well as the tools to install.

Xamarin development is done is within the Visual Studio IDE.

So, in order to get started, you have to install Visual Studio for Windows or Mac. VS is freely available for both platforms.

After installing VS, you then install the Xamarin binaries, a pretty straightforward process.

Ionic does not limit you to a specific IDE as you can develop in any IDE or text editor of your choice.

You’ll first need to install Apache Cordova, after which you’ll install the Ionic framework on top of it.

All these happen seamlessly in your terminal using the NPM package manager.

So I found installing both Xamarin and Ionic development environments quite easy as I was able to finish both in under 3 hours.

With regards to flexibility in IDE use, even though Xamarin limits you to VS, it really comes with everything you need to code your app.

Between Ionic and Xamarin, which one makes you more productive?

Xamarin relies on the C# programming language in order to code your app.

If you already have a background in web development with .NET and C#, you’ll pick Xamarin quite fast.

In fact, you’ll be able to start developing your app right away.

Xamarin also has a “hot reload” feature that enables you build and view changes in your UI in real time… this saves a lot of development time.

While Xamarin Native lets you share upto 75% of your code, Xamarin Forms share upto 95% which is very valuable when developing for both iOS & Android.

Most people already have basic skills in web development, besides, these skills are very easy to pick up for beginners.

Because you are basically developing your app in a web container, you get to see real time code changes in the actual app.

For a complete beginner, getting started developing your app in Ionic is much easier as compared to Xamarin because the C# language is harder to grasp than HTML5.

You’ll also be able to share 100% of your HTML5 code between platforms.

In terms of instant updates to code changes, both square it out here.

So, if you are a complete beginner, you’ll get productive faster in Ionic than in Xamarin.

Being able to develop an app with native look and feel is key in cross-platform mobile app development.

So, which one between Ionic and Xamarin will deliver the best UI for your users?

This means you get to developer an app that looks exactly the same with a native app built in Kotlin or Swift.

Even though Xamarin Forms UI is a little more generic, Xamarin.iOS and Xamarin.Android deliver actual native UI look and feel.

This means you can develop an app with a lot of graphic effects, like animations, in Xamarin without a hassle.

Ionic, like we already saw, renders its UI through a WebView.

So its capabilities in terms of UI components and widgets is limited to what a web browser is capable of.

As a result of this, Ionic framework is not capable of delivering an app with a native look and feel, like a Xamarin application.

This makes implementing a graphics intensive app in Ionic a pain in the ass!

Xamarin Native works differently from Xamarin Forms, find the difference in my other post comparing Xamarin vs Xamarin Forms performance.

You could argue that implementing native features or UI can be done using 3rd party Cordova libraries, but from my experience they aren’t there yet.

So when comparing Xamarin vs Ionic UI experience, Xamarin will always deliver a better UI in both cases.

This is what I would say…

If you are prototyping your app, or just want a quick MVP (minimum viable product) to test your idea – then build it in Ionic.

Once you have proof of concept and want to scale, move it to Xamarin.

Where do you go when you get stuck using Xamarin or Ionic?

Is there enough community of users out there to help you resolve issues or share best practices while coding your apps?

Well, let’s compare the size and activity of Ionic framework and Xamarin users.

First of all, both frameworks are developed and maintained by two great tech companies.

Xamarin framework has its own dedicated Xamarin community forum where you can get to ask any question with regards to Xamarin development.

Ionic also has its own relatively active Ionic community forum, where Ionic developers come to ask questions and help each other out.

You see that neck to neck tie?

Strong support for both of these framework is also evident in the huge number of open source modules and packages developed by the developer community to facilitate cross-platform app development with these tools.

Xamarin has a very good documentation on get started with this framework on the official Xamarin website.

Besides, there are a lot of online courses, tutorials and blog posts for learning Xamarin online.

Ionic, too, has a really good getting started documentation.

Apart from this, a quick Google search returns a lot of online courses, tutorials and blog articles that guide you through Ionic framework usage.

Check out my other best Udemy Ionic tutorials to get you started.

So, I would confidently say that both Xamarin and Ionic frameworks have great community support.

Whichever you choose, you are in great company.

Hey, talk is cheap, can you show me who is really using this stuff?

Well, I went out on the web to do this research.

I was particularly interested in finding a brand that I recognize that is using either Xamarin or Ionic in production.

In my opinion, when a known brand embraces or uses a technology, it gives me the impression that it must be a robust and dependable tool.

See what I found…

In fact, this means that both apps are the real deal here.

So, Xamarin and Ionic are both equally popular frameworks for cross-platform mobile app development as they are already used in production by great tech startups.

After this Xamarin vs Ionic framework comparison, it’s clear that even though both have different capabilities, both are equally loved by the developer community.

Have you wondered how with all these limitations Ionic still became incredibly popular?

Differentiating between a cross-platform mobile app and a hybrid mobile is usually a gray area.

When is an app cross-platform and when is it a hybrid app?

Cross-platform, on the other hand, means your are building an app that can run on either platforms.

You can build a cross-platform app by leveraging the native components 100%.

So, when it comes to an Ionic vs Xamarin comparison, Xamarin develops cross-platform apps whereas Ionic develops hybrid apps that are cross-platform.

… as we have already seen in this Xamarin vs Ionic comparison.

However, because each one has its strengths and weaknesses, there are situations where one would work better than the other.

Just like I did, the best way to know is to try it.

For fast prototyping and proof of concept, use Ionic.

If developing a stable, high performance app with native look and feel, use Xamarin.

I hope you found this Xamarin vs Ionic comparison useful and are ready to start developing your cross-platform app today.

Have you used Xamarin or Ionic framework for mobile app development before? 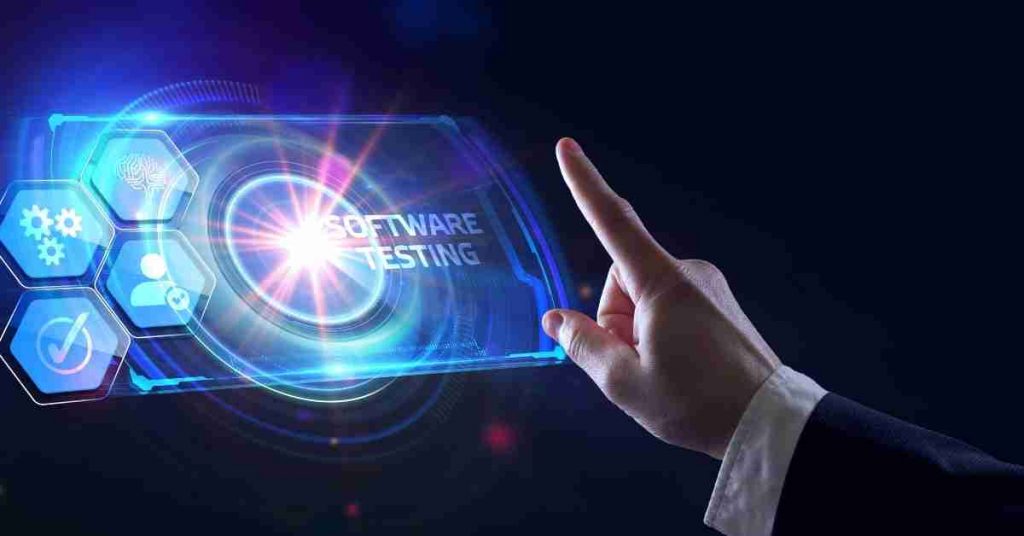 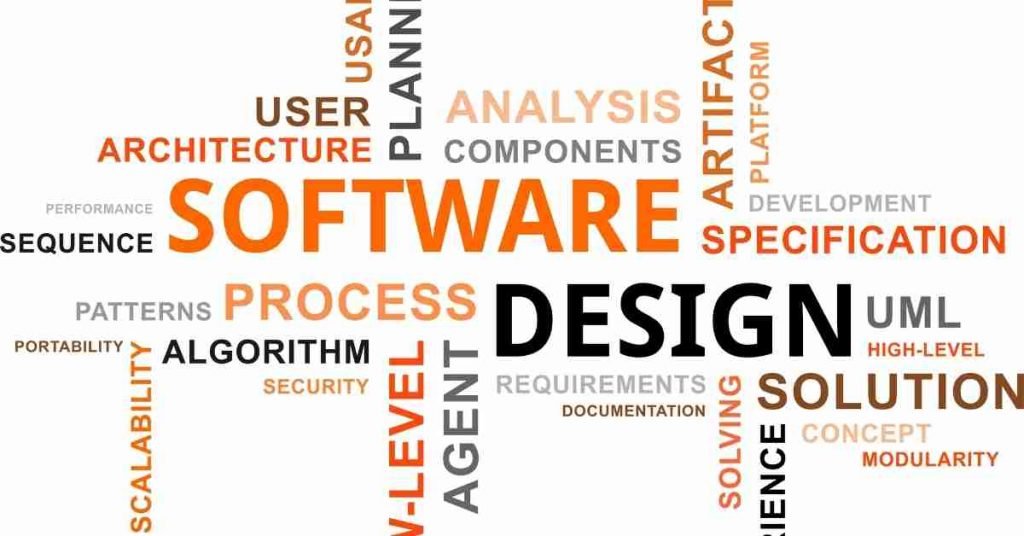